Dr. Jeff DeMint, DVM
Dr. Jeff DeMint graduated from Kansas State University College of Veterinary Medicine in 1990 and has practiced solely at the Bern-Sabetha Veterinary Clinic.  Jeff also received his B.S. degree from Kansas State University.  Jeff’s primary practice is food production animals (beef, dairy, and swine) with an emphasis on swine production medicine, but he also treats small animals. Dr. DeMint’s secondary interest is in orthopedic surgery of small animals.  He is a member of the American Association of Swine Veterinarians, American Veterinary Medical Association, and Kansas Veterinary Medical Association.  Jeff and his wife Lisa have raised their four children in the Bern-Sabetha area. Dr. DeMint is an aficionado of John Wayne movies and memorabilia!

Dr. Savannah Miller grew up on a farm where her family raises show pigs in Richfield, California. She was very involved with both 4-H and FFA, as well as showing pigs at jackpot livestock shows throughout the West Coast. She completed her bachelor’s of animal science with an emphasis in nutrition at UC Davis then made the move to Manhattan for veterinary school. K-State and the Midwest quickly won her heart over with the welcoming hospitality and strong sense of community! Her veterinary interests include beef cattle, pigs, reproduction, and nutrition. In her free time, she enjoys attending livestock shows, hiking with her Australian Shepherd named Koda, and helping her boyfriend work cattle. 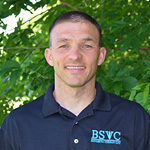 Dr. Kurt Detweiler, DVM
Dr. Kurt Detweiler was raised on his family farm in Summerfield, Kansas. The family raised beef cattle, pigs, and row crops. He graduated from Axtell High School in 1995. Kurt attended Kansas State University for both his degrees; he graduated from the College of Veterinary Medicine in 2002. After graduation, he worked at a mixed animal practice in Savannah, Missouri, from 2002-2006.  Dr. Detweiler primarily practices large animal medicine, performing both the dairy and equine work for the practice, as well as small animal work in our Bern office. Kurt married Melissa Hatheway on May 24, 2003. They have three children – Trinity, Chloe, and Tyson. Outside of work, Kurt’s hobbies include fishing, hunting, softball, keeping up with KSU sports, as well as the Royals and Chiefs, and spending time with his family. 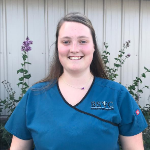 Abbie Burger was raised outside of Wathena, Kansas. She participated in 4-H, showing sheep, cattle and pigs. She graduated from Riverside High School in 2016.  Abbie graduated in 2019 from Kansas State University with a degree in Animal Science with a minor in business.  During college, Abbie worked at the KSU Dairy unit milking cows and assisting with calving.  After graduating, she worked at J-Six as a caretaker for nursery pigs.  She started working for Bern-Sabetha Veterinary Clinic in March of 2020. At the clinic, she answers phones, assists customers, checks in patients, assists the veterinarians as needed, manages the clinic’s social media, and works on marketing activities in her available time.  Abbie is the owner of Gibbs, a five-year-old Red Heeler mix. In her free time, Abbie enjoys spending time outside, hanging out with friends, fishing, and cheering on the K-State Wildcats! 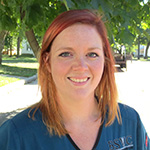 Ashley Sherman, Veterinary Assistant
Ashley Sherman was raised in Humboldt, NE. She lived in Humboldt proper, but spent much of her time on her family farm outside of town. She participated in 4-H, showing horses, chickens and other assorted livestock. Ashley graduated from HTRS High School in 2009. She graduated in 2013 from Wayne State College with a degree in Biology (Focus on Conservation and Animal Science) and a minor in Geography. Ashley began working for Bern-Sabetha Veterinary Clinic in August 2013 as a Veterinary Assistant.  Ashley’s duties at the clinic include: helping the vets during exams and surgeries, scheduling appointments, answering phones, assisting customers, and performing any other necessary tasks that come up during the workday. She is the owner of Meeko and Mac, five-year-old Australian Shepherd mix siblings. In her free time, she enjoys scuba diving, camping, fishing, archery and gardening. 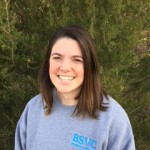 Jamie Hermesch was raised near Netawaka, KS. Jamie graduated from Jackson Heights High School in 2009 went on to attend Kansas State University. During college, she worked at Heart of Jackson Humane Society and Wildcat Pet Resort as a kennel employee. She earned her bachelor’s degree with a double major in Animal Science and Ag Communications in 2013. After graduating Jamie worked for Green Acres Publication as an Advertising Consultant. Jamie began working for Bern-Sabetha Veterinary Clinic in January of 2017. She is the receptionist and veterinary assistant for our Bern clinic. Jamie’s duties at the clinic include: helping the vets during exams and surgeries, scheduling appointments, answering phones, assisting customers, and performing any other necessary tasks that come up during the workday. She is the owner of two geldings – Mwolly and Mayday. Jamie also has a three-year-old Lab named Chria. Jamie has been barrel racing since childhood! She enjoys riding and traveling to local barrel racing competitions in her free time.

Brianna Kruse was raised in Morrill, KS. She graduated from Sabetha High School in 2014.  She attended Highland Community College and Metropolitan Community College- Maple Woods where she graduated in May 2017 with an Associate in Applied Science, Veterinary Technology.  While attending college she worked for a small animal veterinary clinic in Kansas City, MO. She began working for Bern-Sabetha Veterinary Clinic in February 2017.  Her responsibilities include taking care of patients, obtaining diagnostic images and laboratory samples, assisting the doctors throughout the day, and assisting with daily office tasks as needed. In her free time, she enjoys fishing, spending time outdoors, running, playing sports, and spending time with her family.

Our vets make it a priority to stay up to date with the latest veterinary techniques, as well as advancements in the veterinary field. Dr. Jeff attended the American Association of Swine Veterinarians Annual Meeting in New Orleans, LA in February 2016. The theme of the Annual Meeting was “Standing on the Shoulders of Giants: Collaboration and Teamwork.”  Dr. DeMint also enjoyed attending the 24th International Pig Veterinary Society Congress in Dublin, Ireland in June 2016. Drs. Kurt and Melissa Detweiler attended the Central Veterinary Conference in Kansas City on August 2018.